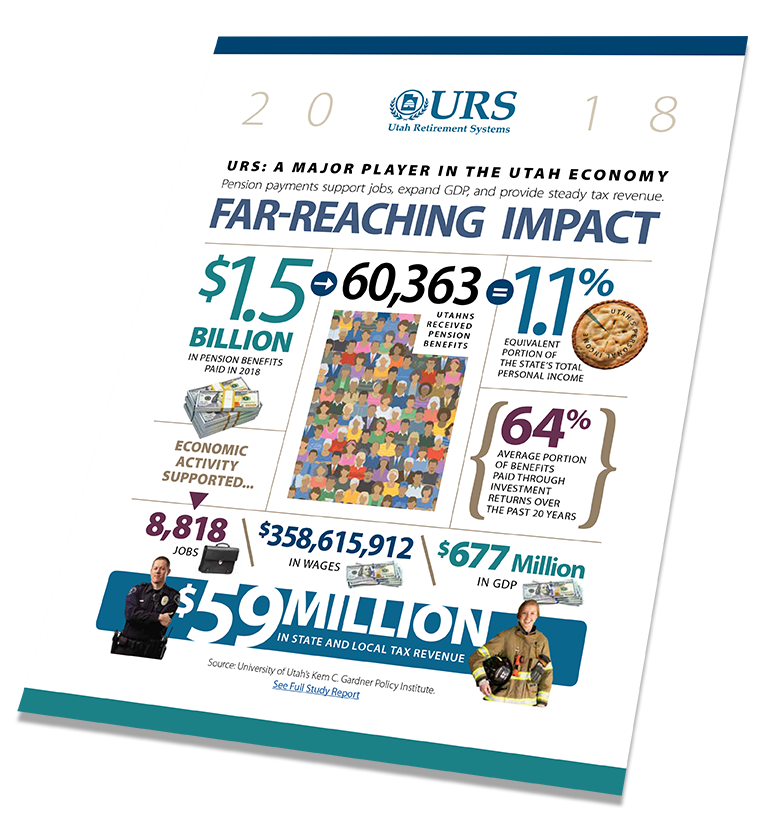 A study released March 25, 2019, by the University of Utah’s Kem C. Gardner Policy Institute shows how these payments ripple throughout the state’s economy.

“Every dollar initially contributed to the system by public employers ultimately supports $1.24 of economic activity in Utah,” said John C. Downen, Senior Managing Economist at the Gardner Institute. “Beyond supporting the recipients of the payments, retiree spending of URS pension payments generated 8,800 jobs across the state with almost $360 million in earnings.”

In 2018, URS paid more than $1.5 billion in pension benefits to more than 60,000 Utahns, an amount so large, it’s equivalent to 1.1 percent of the state’s total personal income. “This is larger than the earnings paid by computer and electronics manufacturers or the arts, entertainment, and recreation industry in Utah,” Downen said.

The average portion of benefits paid through investment returns over the past 20 years is about 64 percent.