Many states, including Utah, are meeting their commitment to fund their public employee pension funds, according to a new report by the National Association of State Retirement Administrators.

The report, “Spotlight on The ARC Experience of State Retirement Plans, FY 01 to FY 13,” examines how state governments performed in meeting the annual required contribution (ARC) of their public employee retirement plans.

Utah was among 18 states to pay 100% or more of its ARC for the 13-year measurement period.

Even though the period of study included two economic recessions, most state and local governments increased pension contributions and maintained funding discipline to provide pension benefits for former, current, and future employees. However, the few states that conspicuously failed to fund their pension plans have a disproportionate effect on the aggregate experience. The report shows:

» All but six states paid at least 75% of their ARC 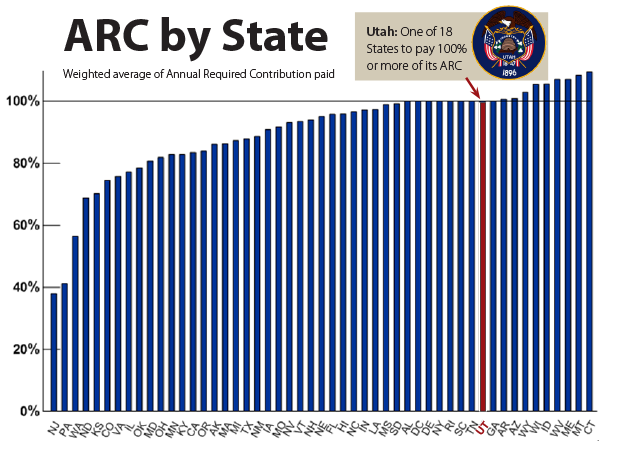